In addition to fixing the gutters, we’ve taken a couple other steps to mitigate water coming in our home. In fact, one of the first things we did when we got the house was have a cap installed on the chimney to keep water out.

It’s been working well, and the gentleman from Ed’s Chimney who installed it also mentioned that there were some exposed brick tops on the chimney that would eventually result in water seeping in. Basically, some of the bricks are arranged in a stairstep pattern, and water can pool up on the flat surfaces and eventually soak through the wall. He recommended making a smooth surface that water will run down instead. 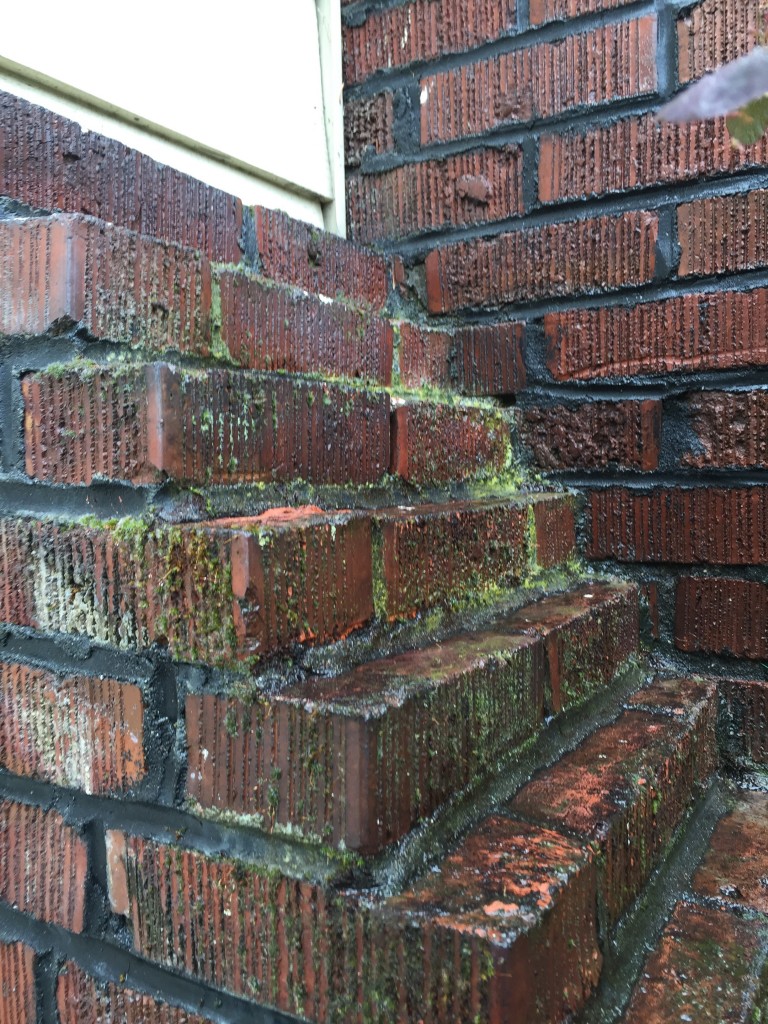 So Saturday, Dina and I set to work with a couple bags of mortar and a trowel.

Turns out, I’m terrible at estimating how much mortar the job would take, so we had to make an extra trip for snacks and more mortar (it took 5 bags total), but by the end of the day, we’d filled in the stairsteps and had a nice slope on both sides of the chimney. 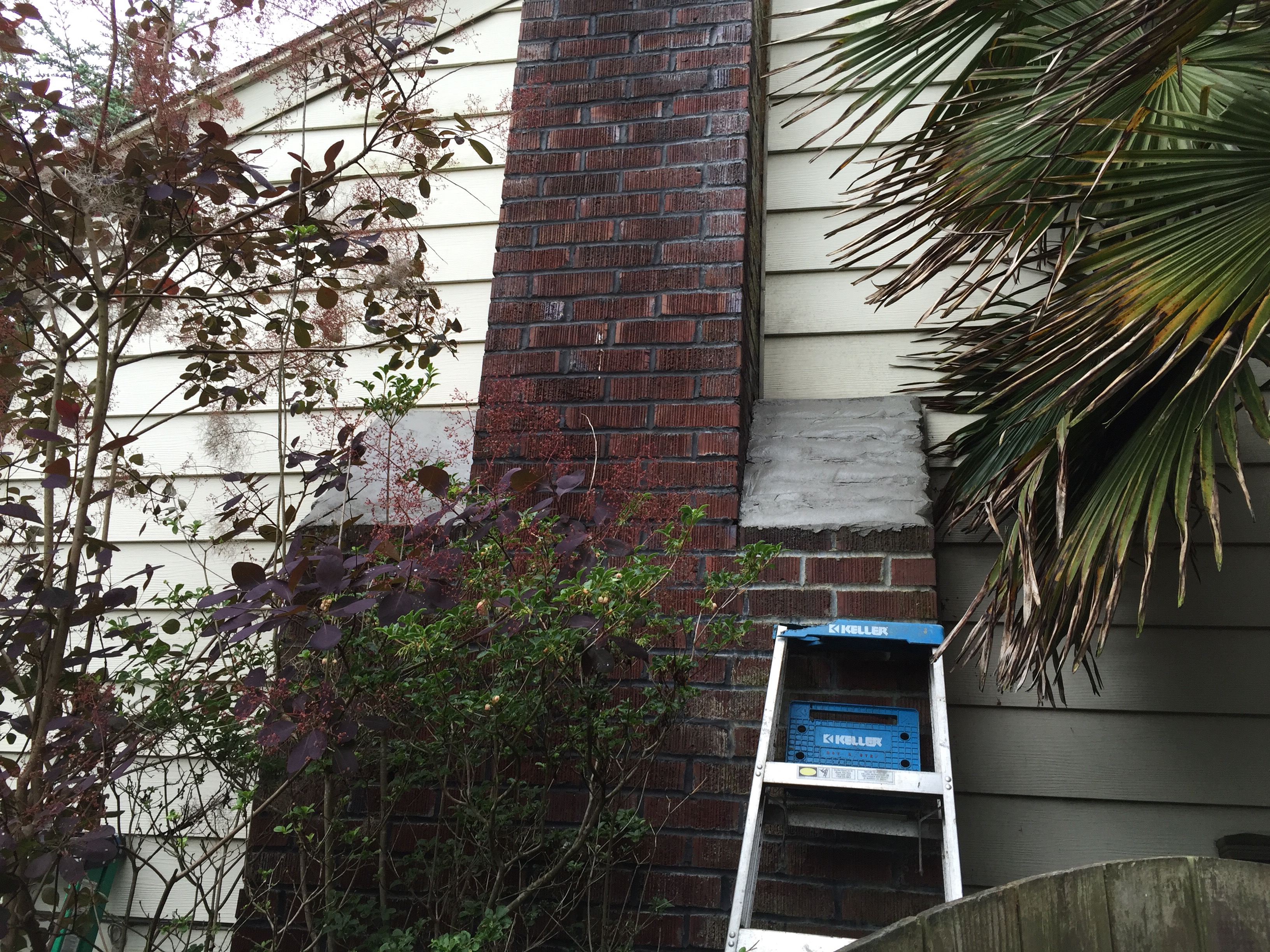 It’s definitely one of those tasks where you learn as you do it, and by the time you’ve finished the second side, you’re just starting to feel like you’ve got the hang of it.

It won’t win any masonry awards, but hopefully it’ll keep the water at bay. 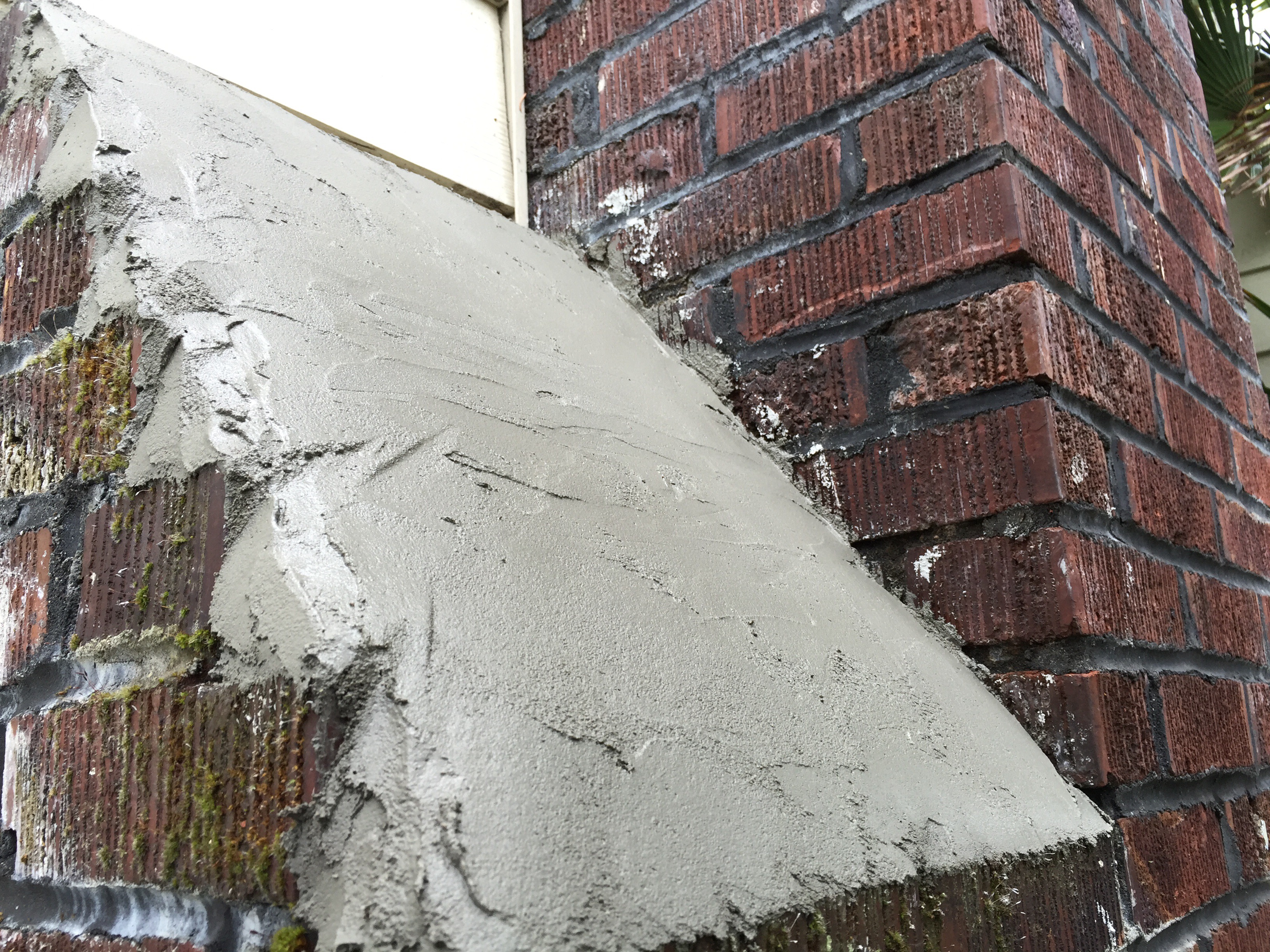