It turns out it was one of the wettest years on record in the Pacific Northwest, and in early February, the water finally breached the house.

Our house is situated at the bottom of a pretty big hill, so we end up seeing quite a bit of water. Here’s the sidewalk in front of our house during one of the longer spells of rain. 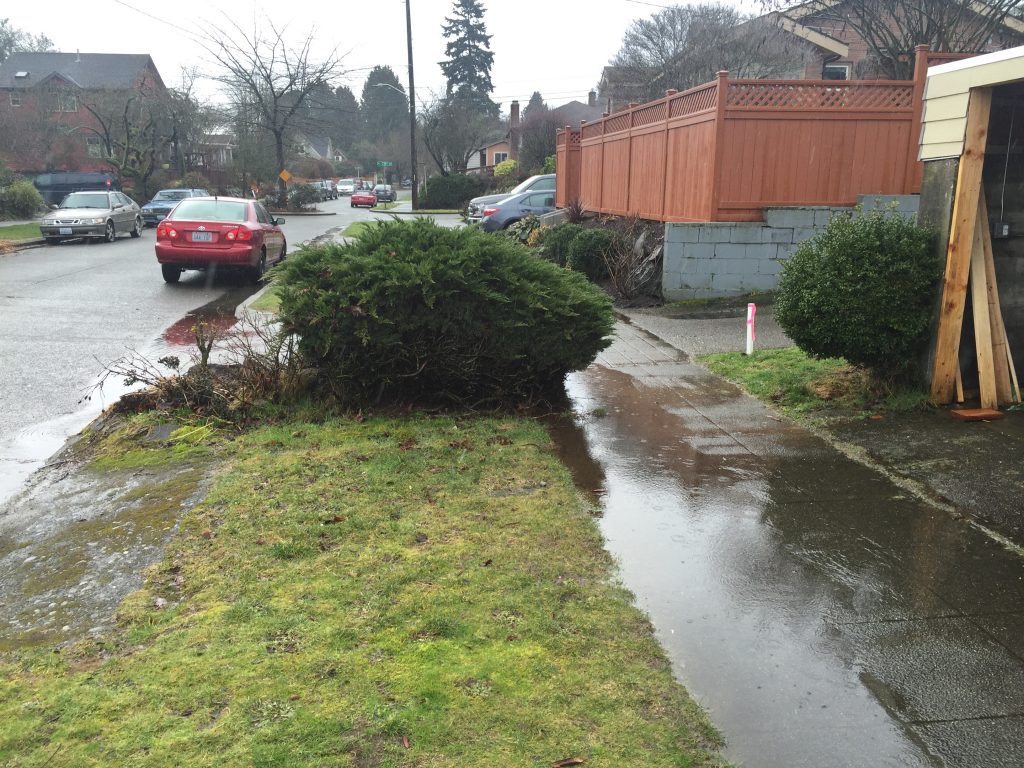 After days of heavy rain, I went downstairs to find that we had about an inch of standing water in one section of the basement. We were quite fortunate that the lowest part of the basement (by fractions of an inch, I suspect) was also the unfinished part, with just a concrete floor and little in the way of valuables that couldn’t get wet. 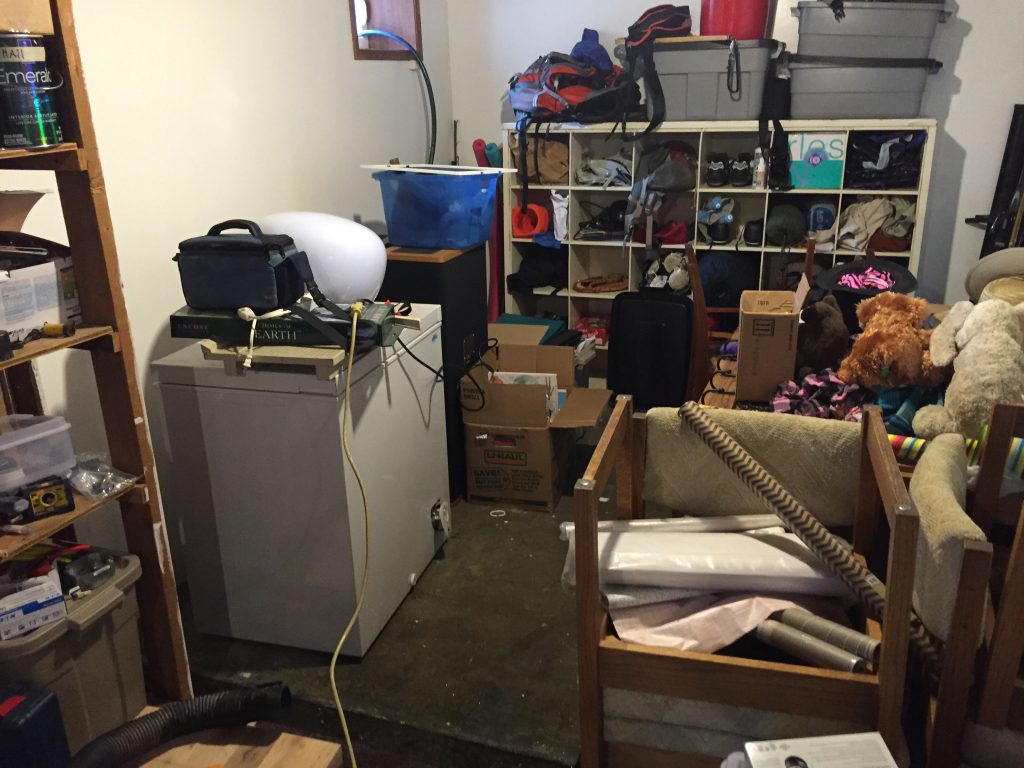 On discovering the leak, I immediately called a plumber… just as pretty much everyone else in Seattle did. To stem the literal tide, I used the electric pump we have on hand for hot tub maintenance. Not exactly the right tool for the job, but it actually did a good job keeping the water at a manageable level. Ran the hose right out the window… 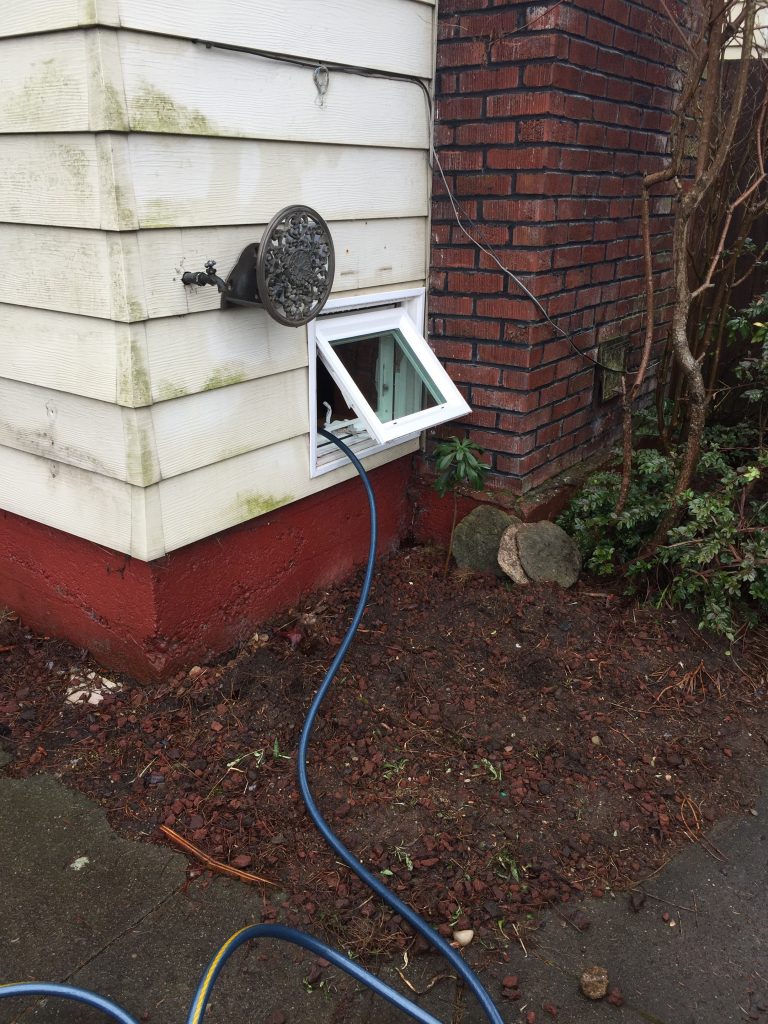 A few hours later, the plumber (Frank, from the highly-recommended Action Jackson) arrived (ahead of schedule, it should be noted), and we began investigating. His first inclination was to scope out the sewer drain, but by then, I’d identified the source of the water: it was actually seeping up through the foundation!

I also noticed (for the first time after living in the house for 8 months, if we’re being honest), two grates: one outside the basement door, and one in the laundry room. I couldn’t help but observe that they were completely filled up with water. 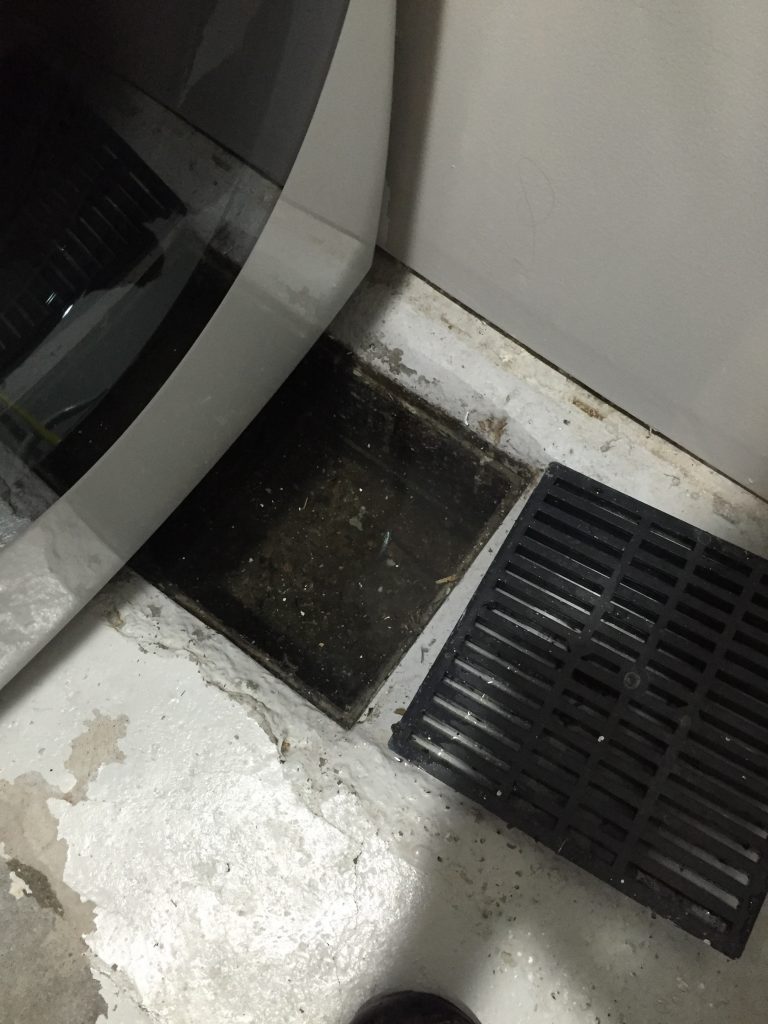 So eventually, with Frank’s help, a clearer picture of the situation emerged. Sometime, maybe 25 years ago, someone installed a drainage system under the foundation, just inside the perimeter. There is corrugated (and perforated) pipe that runs all the way around the house, a couple inches below the concrete slab, so that when the ground water rises (and most importantly, before the water reaches the foundation), it seeps in to the pipe. The grates cover two square wells that are connected to this loop. Presumably, that network of pipes also had an exit at some point, so that the water had somewhere to go. We searched as best we could for that exit, but without success. We suppose that a pipe collapsed at some point, or got clogged up with roots or silt, but it was too hard to see with the system full of water. 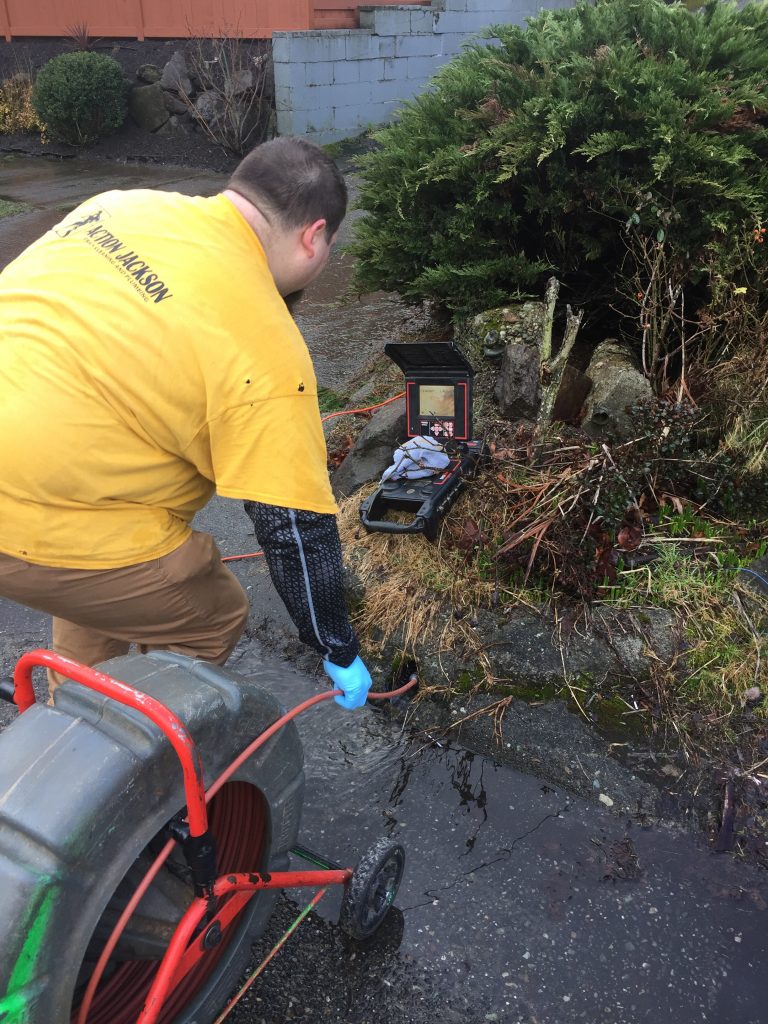 Sometime this summer, when it hasn’t rained for a while, we’ll have them come back and re-scope it to see if we can find and fix the drain for that set of pipes.

In the meantime, the stopgap solution I came up with was to install a sump pump in one of the grates. 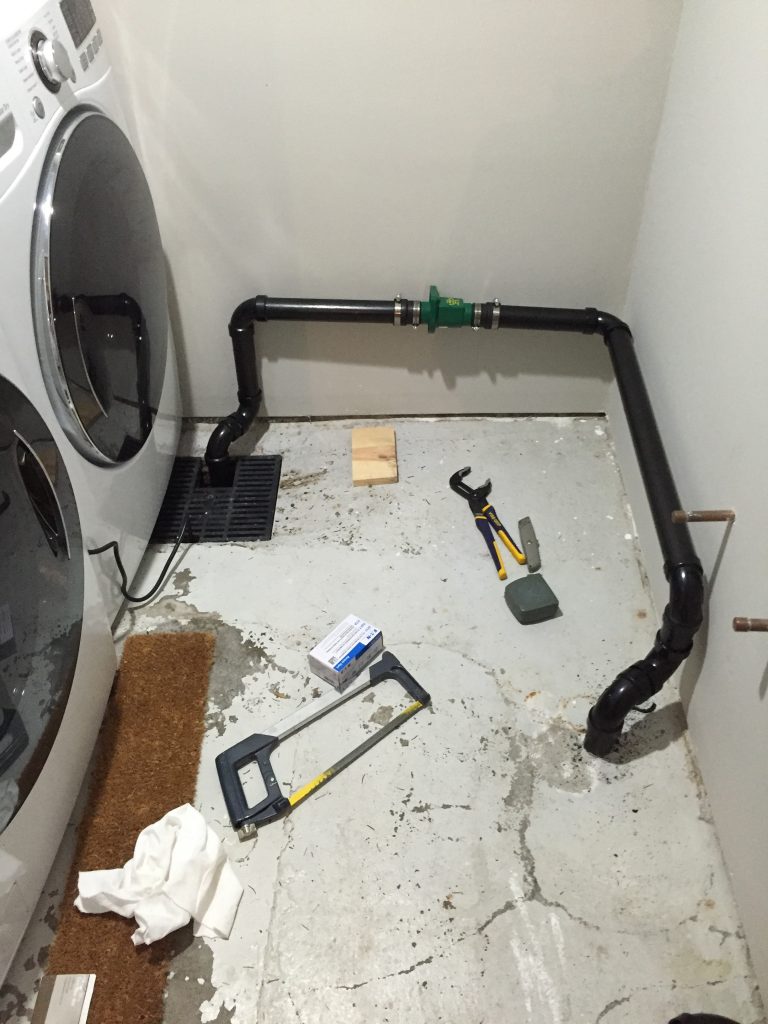 It’s a bit of an odd solution and one that takes advantage of the proximity of the grate to a stub of a sewer drain. But it seems to work for now!

(For those paying very detailed attention: yes, this is technically not to code, since we’re putting ground water into the sewer. But we live in an area with combined sewer & storm water drainage, so even if I did the “right” thing and pumped the water outside, say, into the alley next to our house, it would still wind up in the same place since the storm drains connect to the sewer. Some civil engineer friends confirmed as much.)