It’s been more than a couple of months since the last update, but as you might imagine, that doesn’t mean we’ve been sitting idly by. Lots of projects in progress, including work on the garage. Last fall, we started to address what we knew was a pretty dilapidated part of the house.

As you can see, the garage is adjacent to the house, and was in a pretty sorry state. There wasn’t really a drainage strategy for the roof, which was only mostly intact, so there was always lots of standing water. This eventually made its way into the framing and sheathing, and so most of the wood in this front left corner had rotted out. 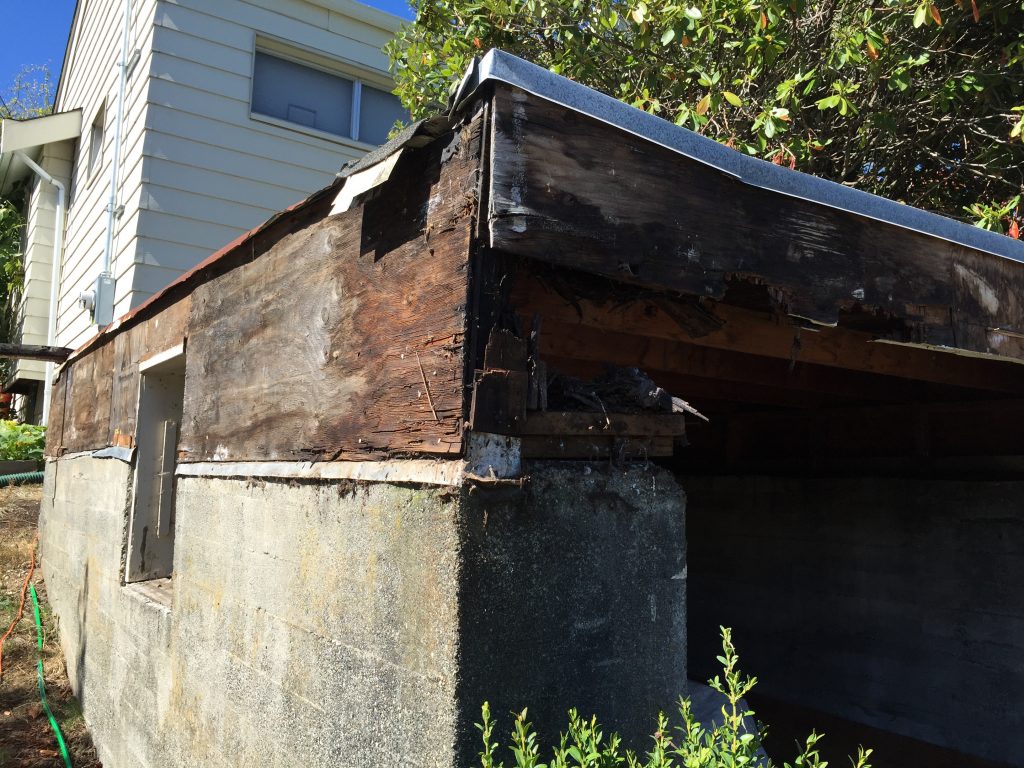 We went after it pretty aggressively, and excised the offending material. 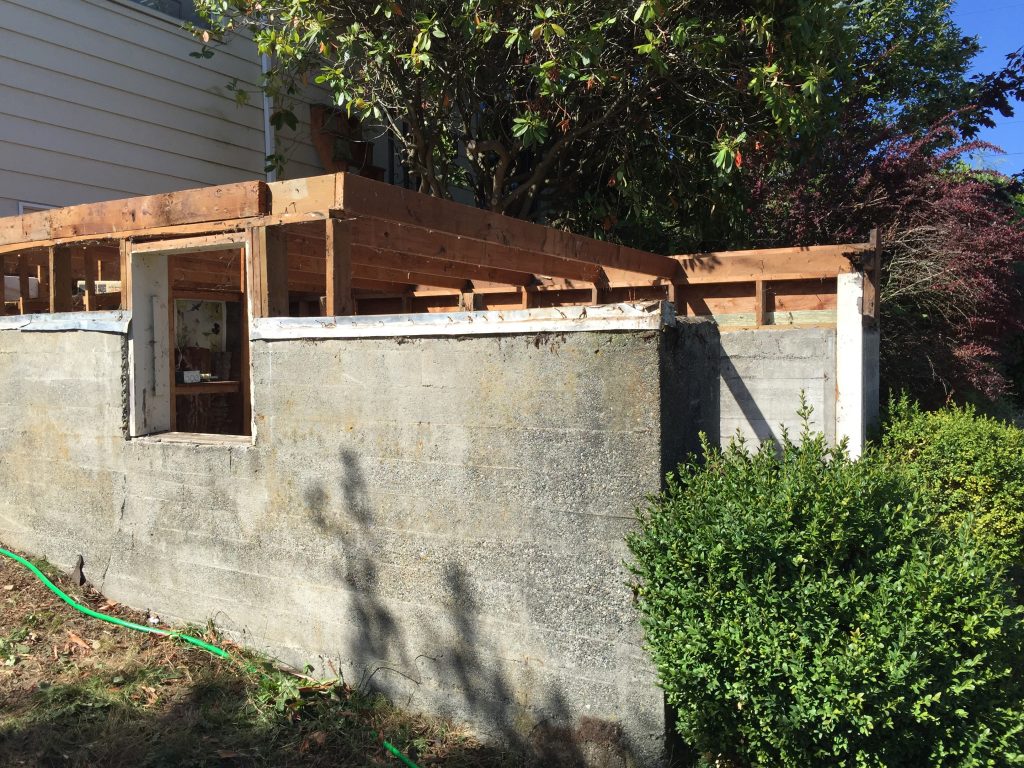 Squeaky performed admirably during the multiple trips to the dump.

The roof of the garage is about level with the walkway up to the front of the house, and so it’s actually accessible as a deck of sorts. We wanted to leave ourselves the option of walking on top of it, and so we doubled the number of rafters supporting the (nearly) flat roof. You can see the old & new framing pretty clearly: 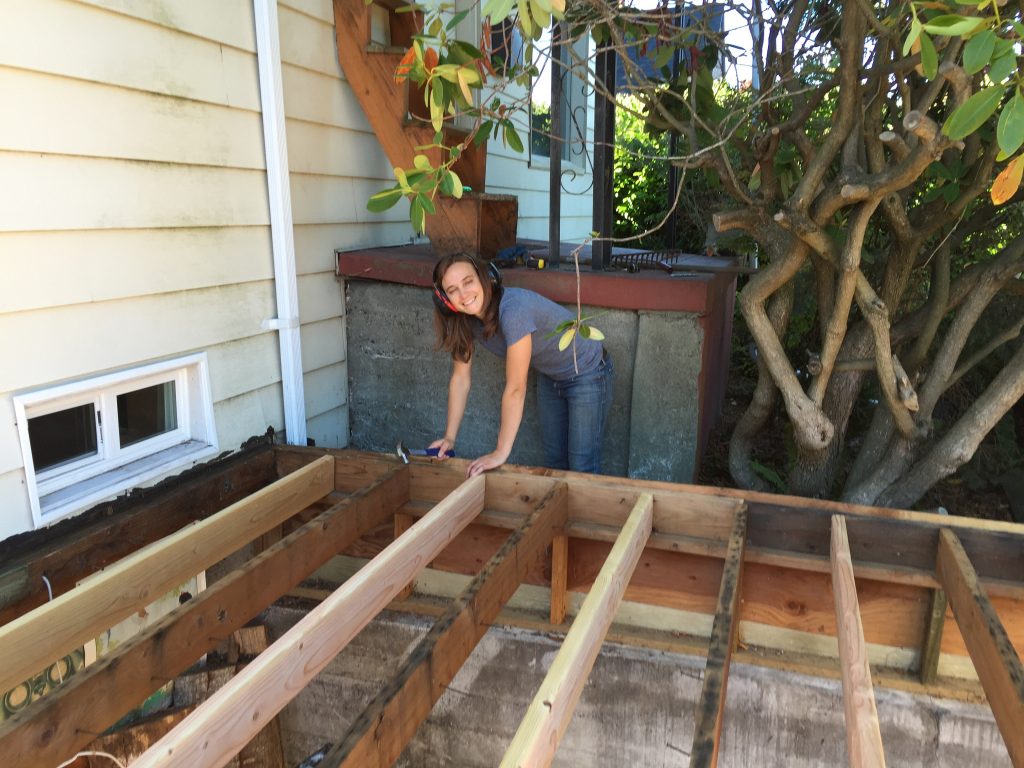 In addition to rebuilding the front corner, we came up with a clear drainage plan: the roof slopes gently away from the house, and we added a trough near the front of the garage that carries the water to the left side. 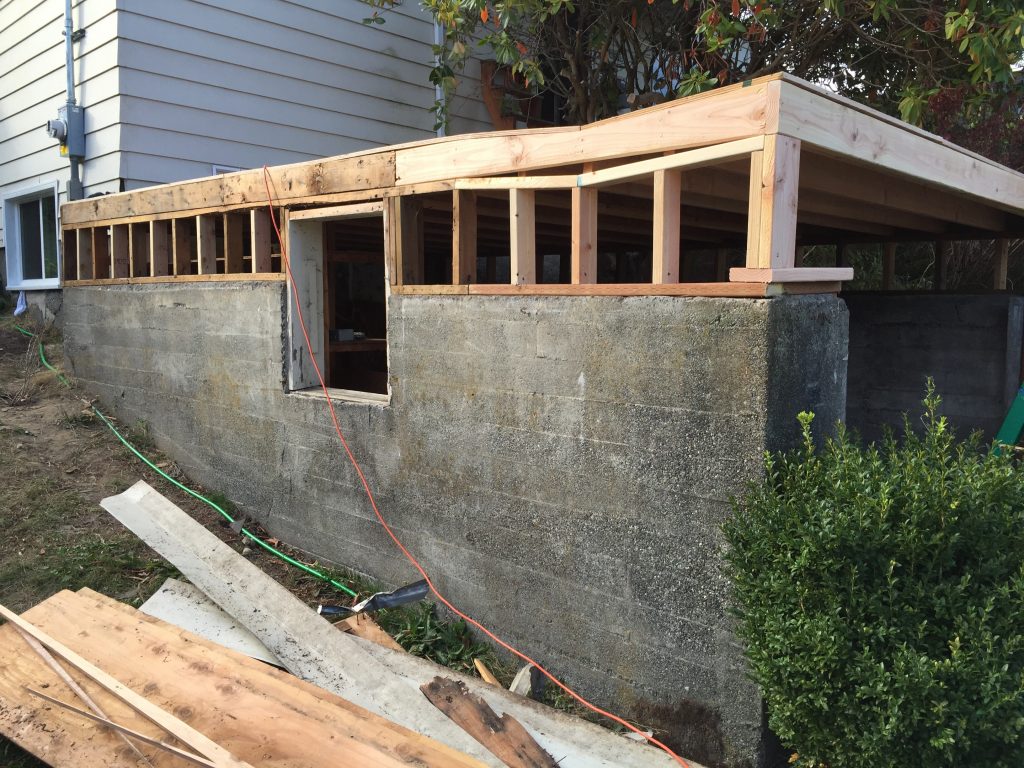 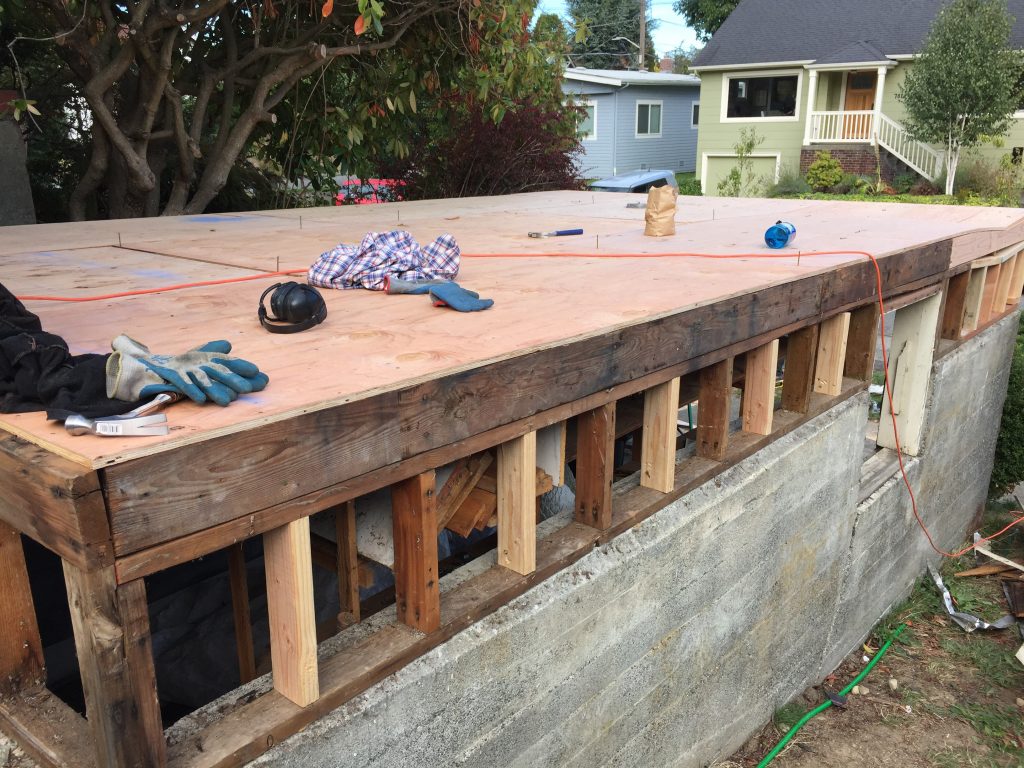 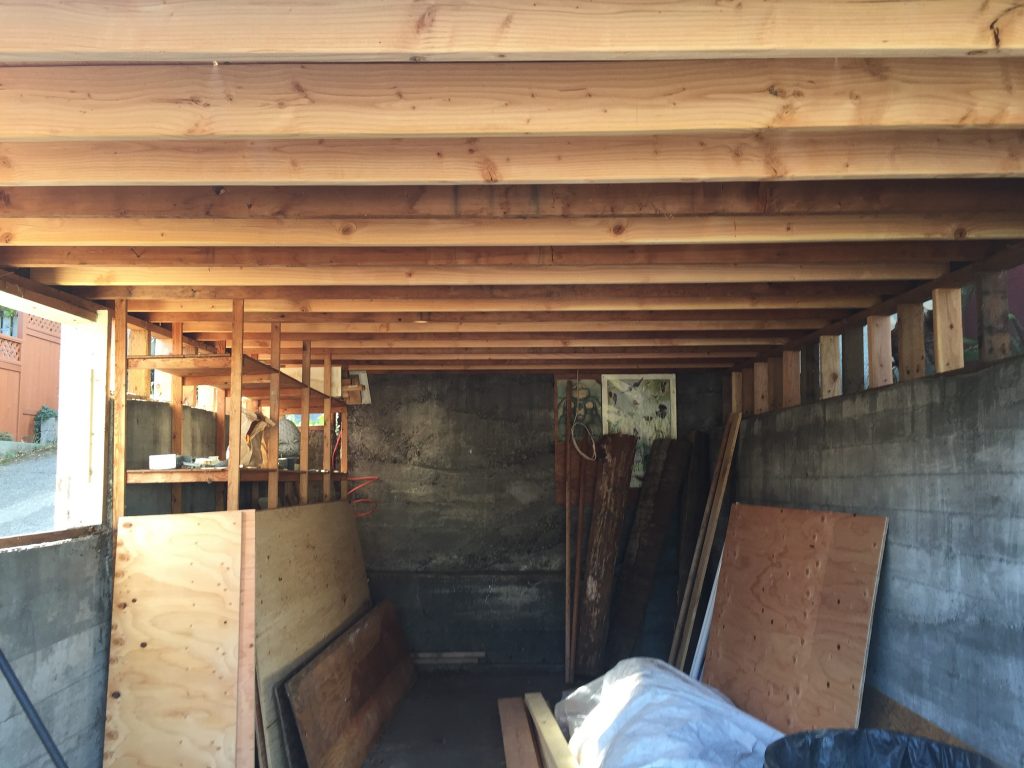 We put up cement siding (HardiePlank) before the roof went on. Though technically we could have installed the waterproof EPDM membrane ourselves, it would have likely cost more than the labor & materials for someone else to do it, and then we would have worried all the time whether we did it correctly. We left this one to the pros. 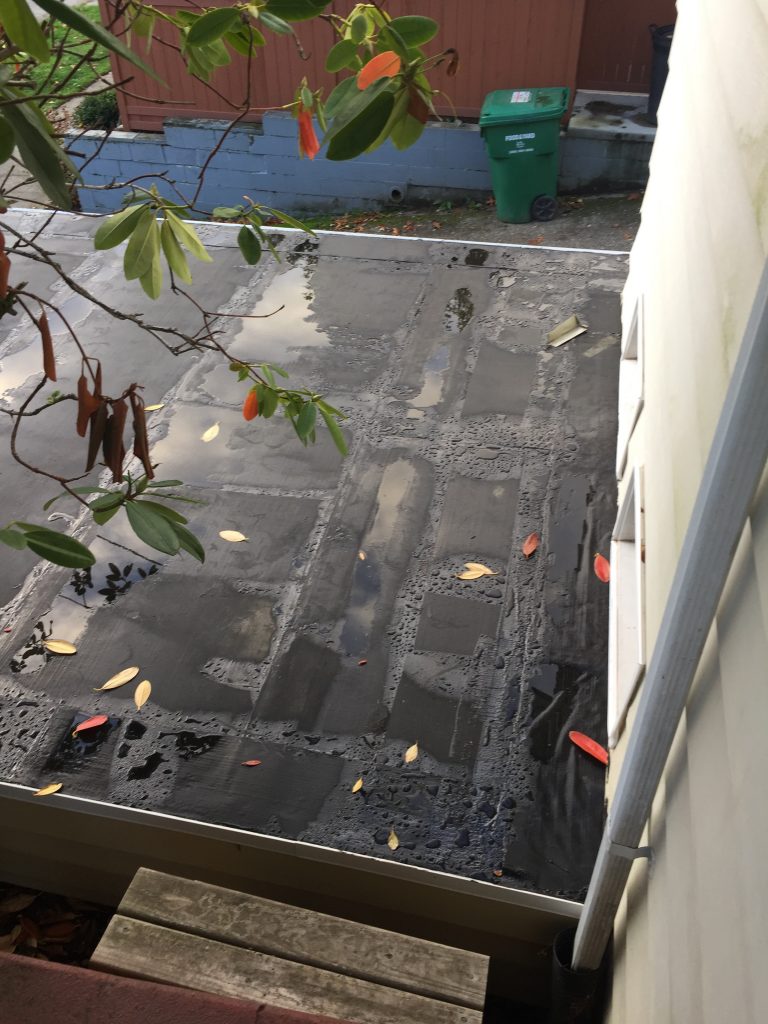 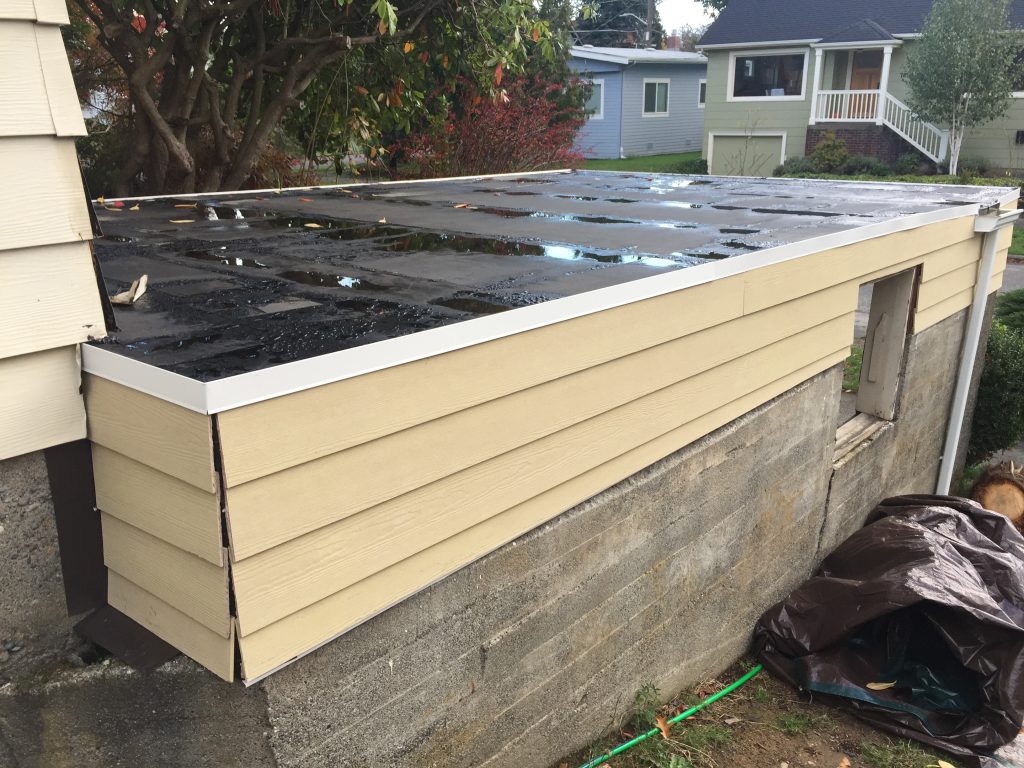 They also installed a gutter at the front corner where water drains. 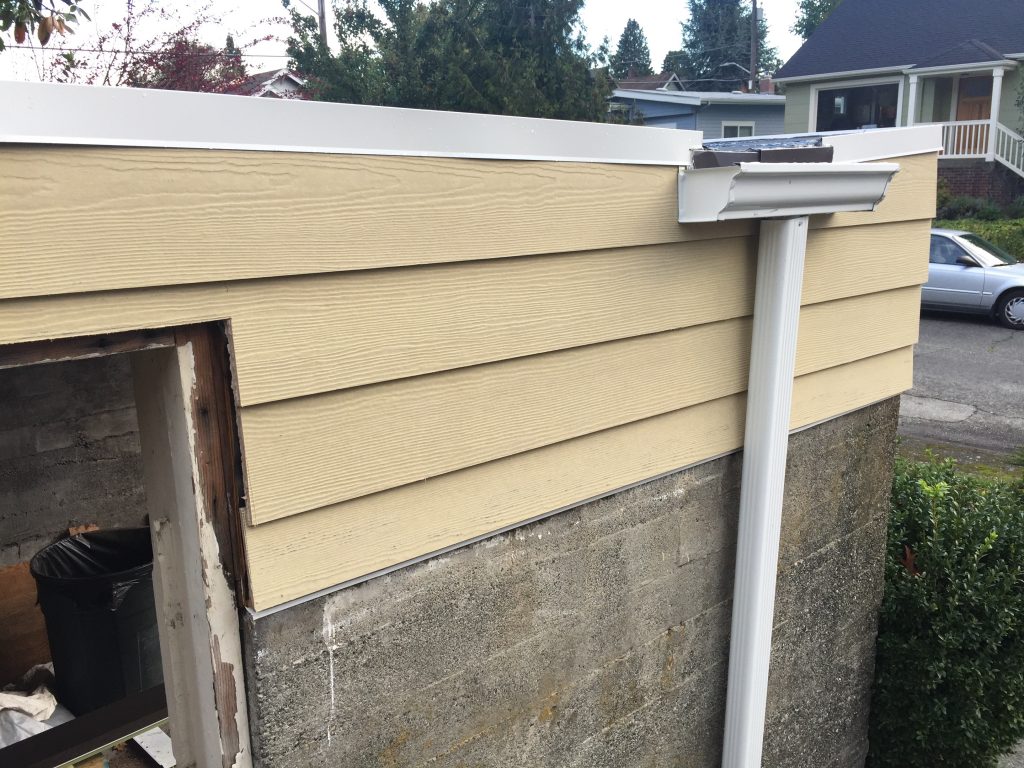 I was lucky enough to find a used window that fit more or less perfectly in the old opening at Ballard Reuse, and installation went smoothly.

We also re-ran a bunch of electrical outlets along the wall, and installed LED shop lights in the ceiling. 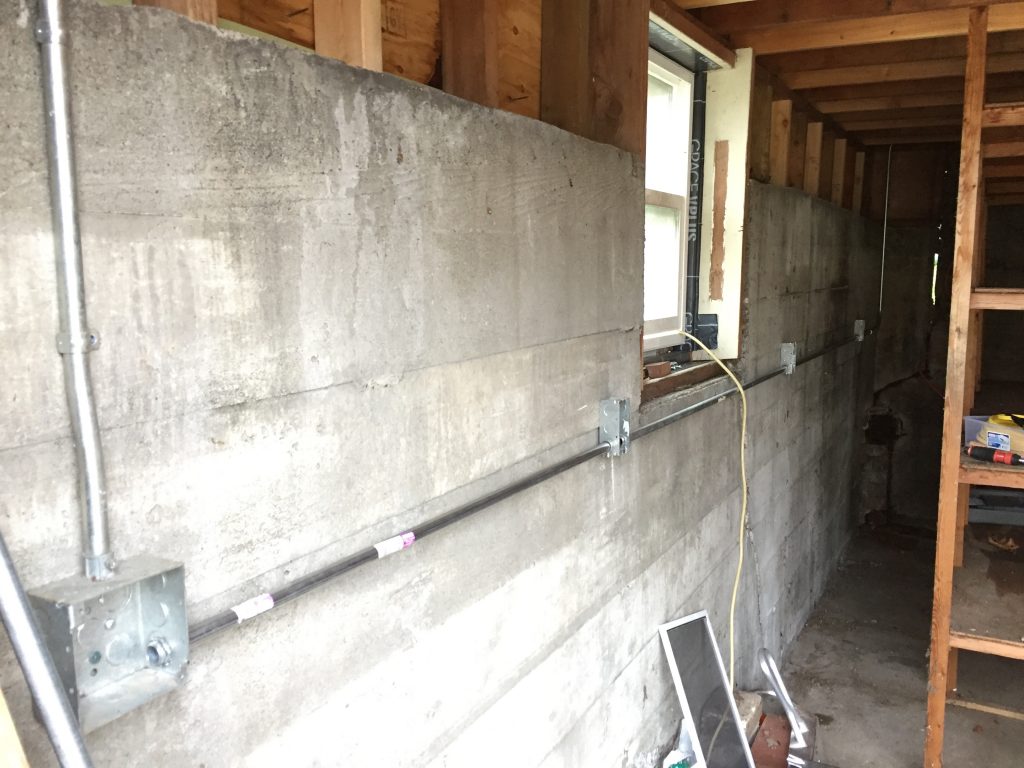 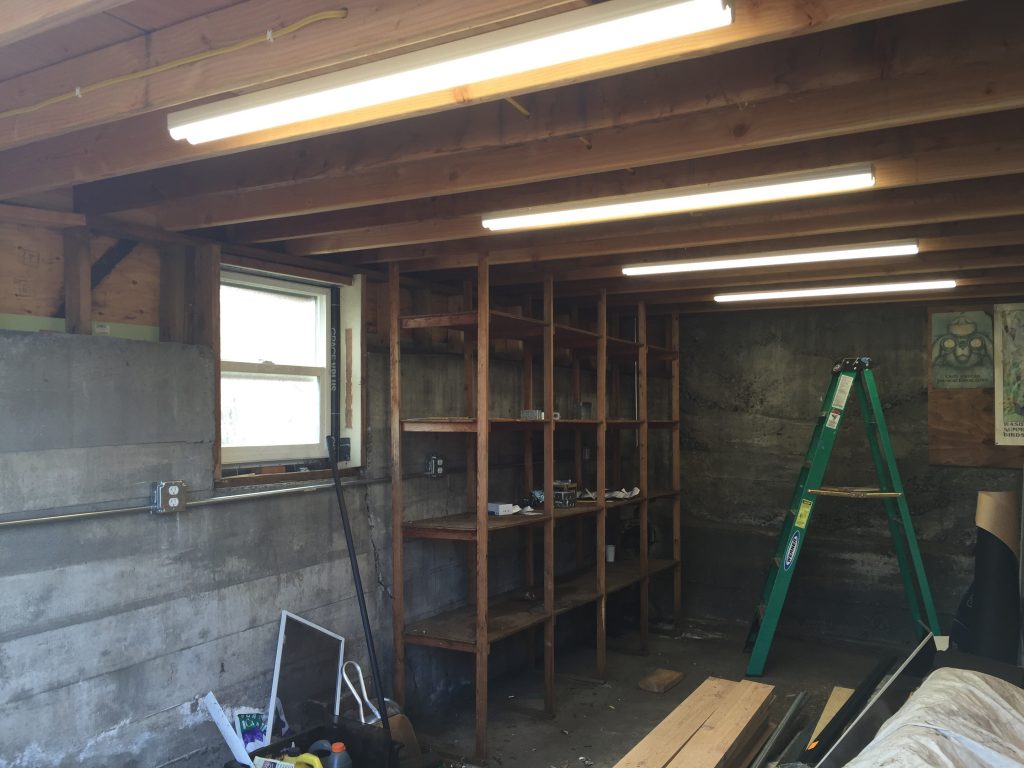 There are three big tasks remaining before it can be used as a workshop: some kind of door/doors, fixing a large crack & hole in the foundation, and installing flooring. Stay tuned for part II…