We’ve been hard at work since moving in about 6 weeks ago. Of course there’s the usual sorting through boxes and trying various permutations of furniture and such, but we’ve also continued with some more home improvements.

We do have grand plans for a kitchen remodel, but that’s at least a year out at this point, so we’re doing our best to work with the existing space, which hasn’t been touched very much since it was built in 1926. At some point, they did add a dishwasher, but it was definitely in the 80s, if not the 70s. After just a couple weeks living with the old one, it became clear it was actually worse than no dishwasher at all, since it kept tempting us into trying in one more time. 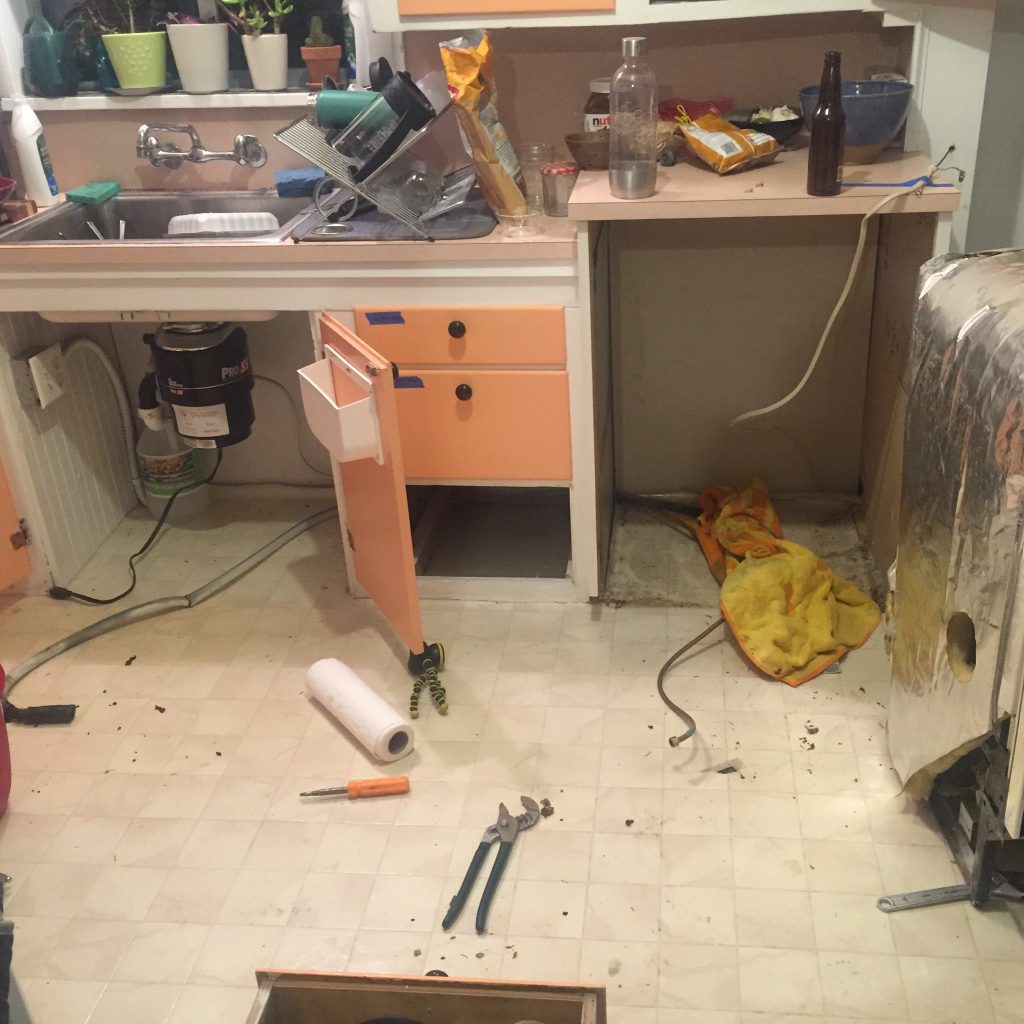 Craigslist to the rescue! 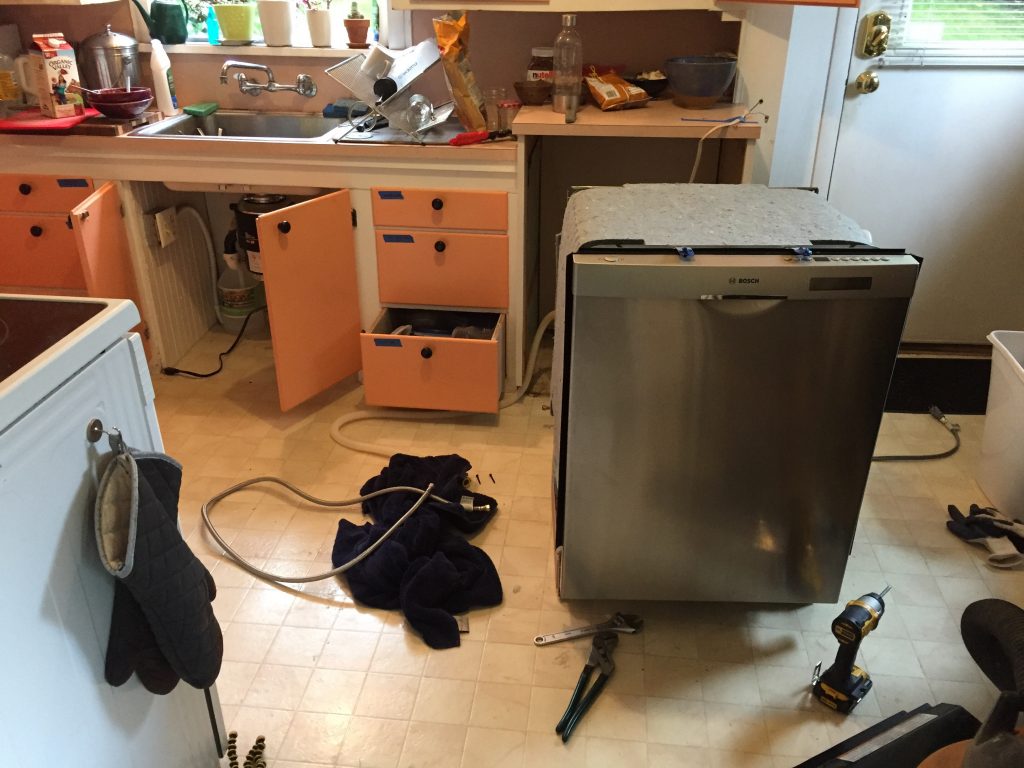 We picked up this Bosch number from someone remodeling their kitchen, replacing all the stainless appliances with ones hidden behind panels. I guess this is trickle down economics in play? Regardless, we’ll take it. 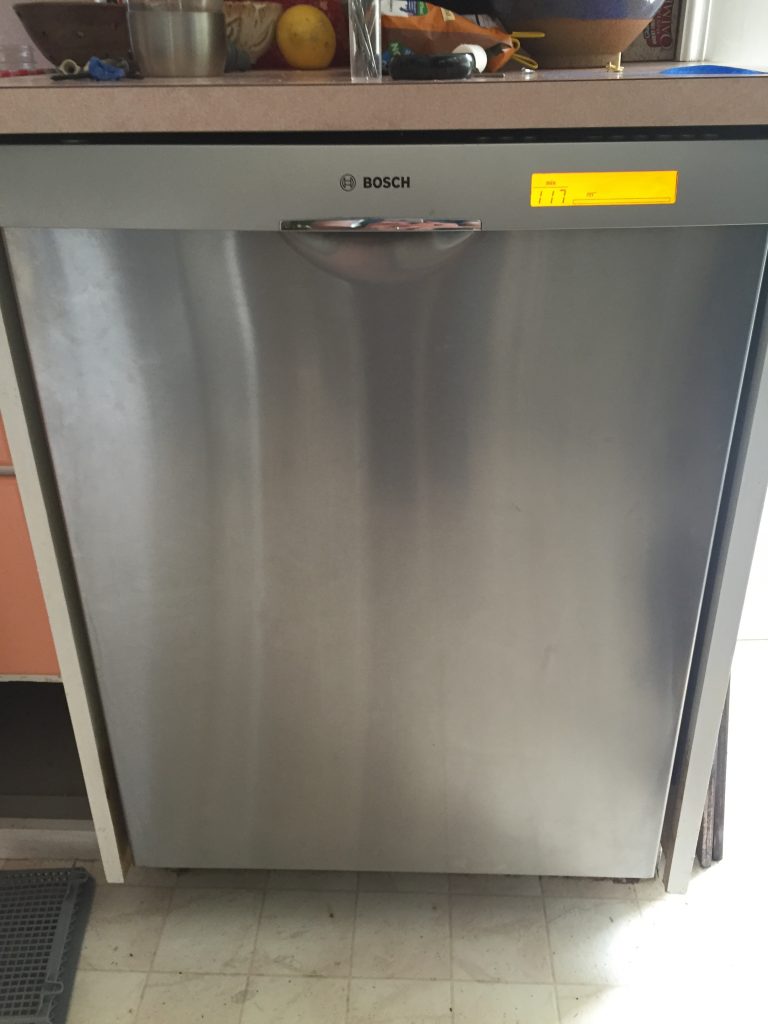 Installation was pretty straightforward (I did have to replace the water supply and drain hoses, but neither is very expensive or hard to come by) and the new unit is both quiet and effective, whereas the old one was neither.

We played the same game with the stove (again, after trying to use the old one for a few weeks), and scored a brand new LG electric range with convection oven (so fancy!) for about half price on CL. It wasn’t until we got it home that we learned of it’s amazing, colorful interior. 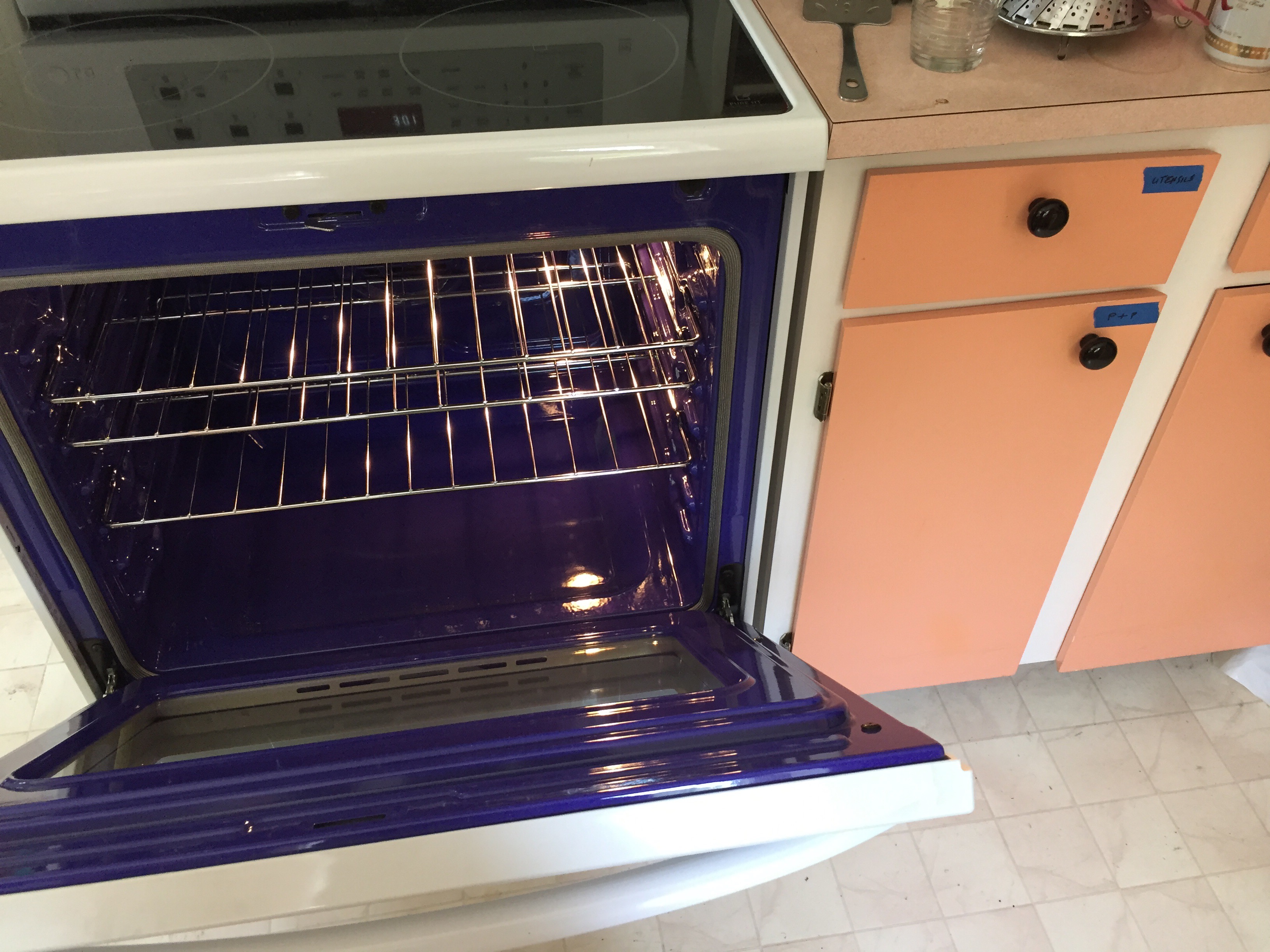 At this point, the kitchen is functional enough, even if it’s a terrible layout. We have cabinet space for most everything, and appliances that do their jobs. We’ll call it a win.

Next up, light fixtures.