There was a flurry of activity in the house during and after our big trip. While we were away, the electricians installed a new panel and rewired most of the house. The old panel was made by Zinsco, and the breakers are notorious for not tripping when they’re supposed to. Much of the wiring in the house was knob and tube, some of it modified (in a bad way). In addition, the old service wire that provided electricity to the house was pulling away from its anchor, and crossed over our neighbor’s backyard. All in all, not good.

So after a couple of weeks of work, we were up and running with 200 amp service, a brand new panel, outlets that were all in the baseboards (it was a grab bag beforehand), hardwired smoke detectors, recessed lighting in the living room and guest bedroom, and a few other scattered electrical goodies.

As part of their work, the electricians had opened up a bunch of ceilings and walls (actually, we got to do some of the demolition, which was good fun). So there was some repair work to be done before we could move on to painting. We hired a great guy who made quick work of the project, including fixing up the plaster wall by the fireplace that had been completely soaked through. 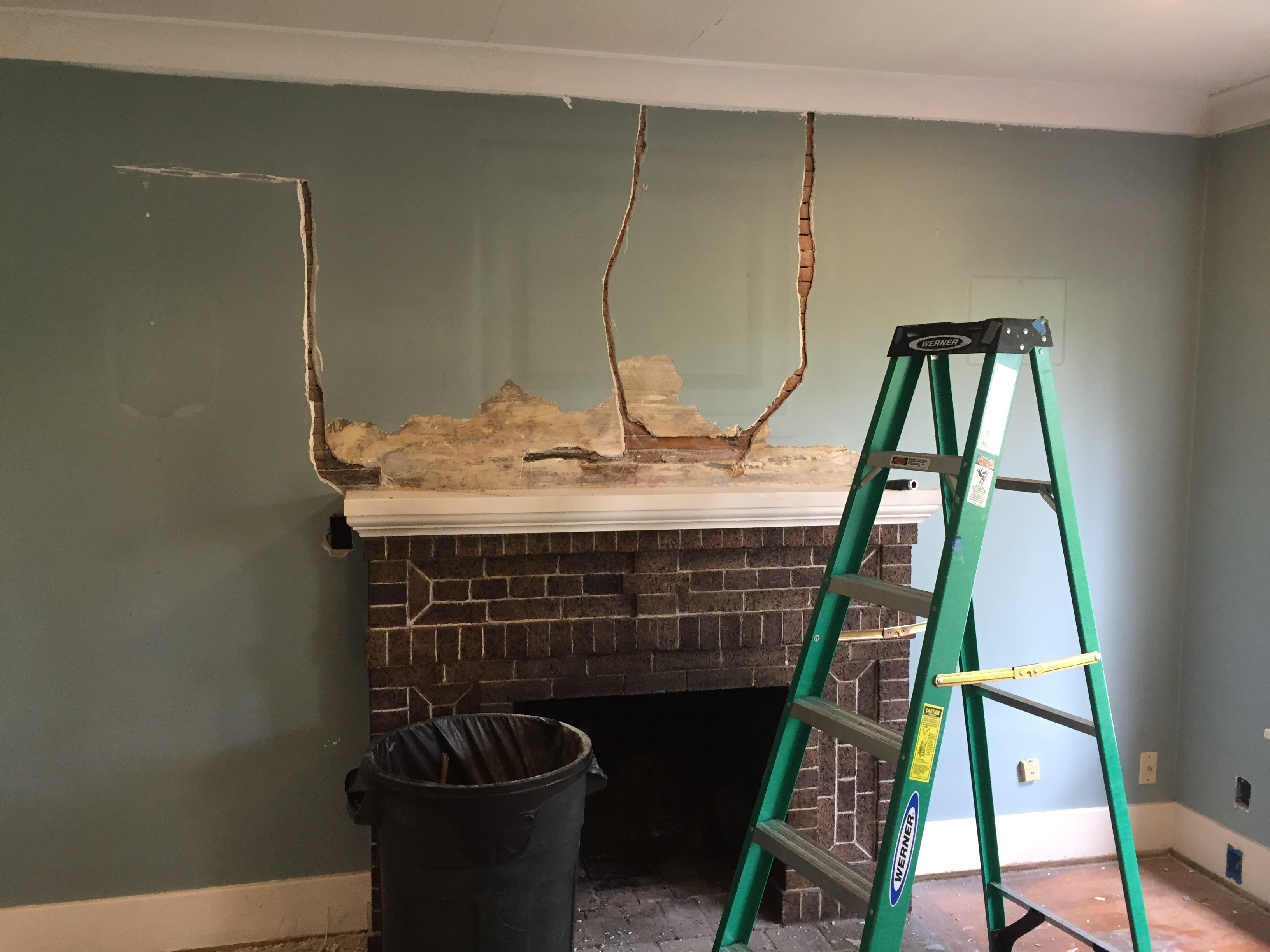 I dug out all the plaster that had disintegrated from water damage, and our contractor patched everything up. 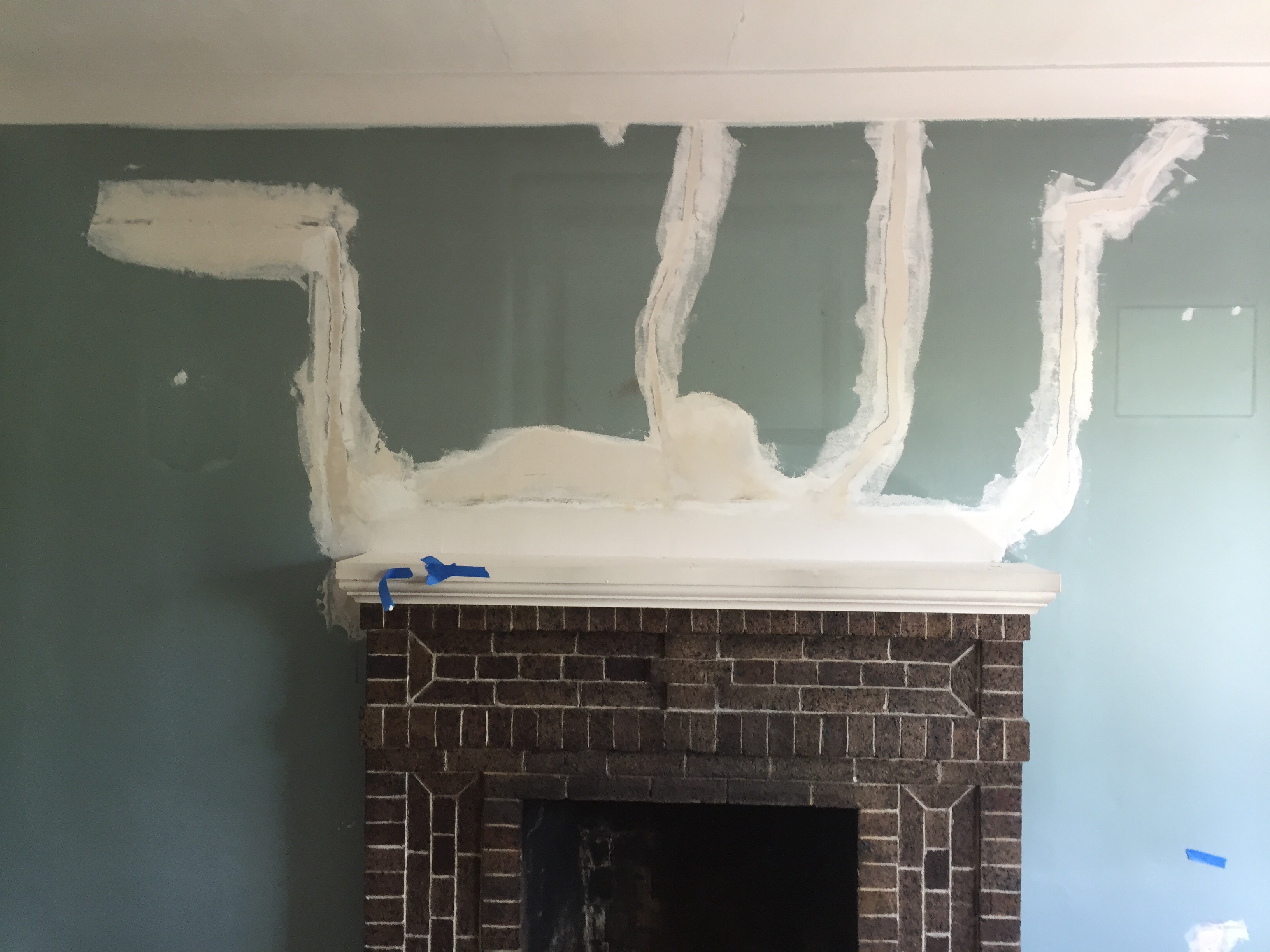 With the walls once again intact, we were ready for the painters. In contrast to the electrical work, which didn’t change the appearance too much, a few coats of paint made it look like a completely different house. 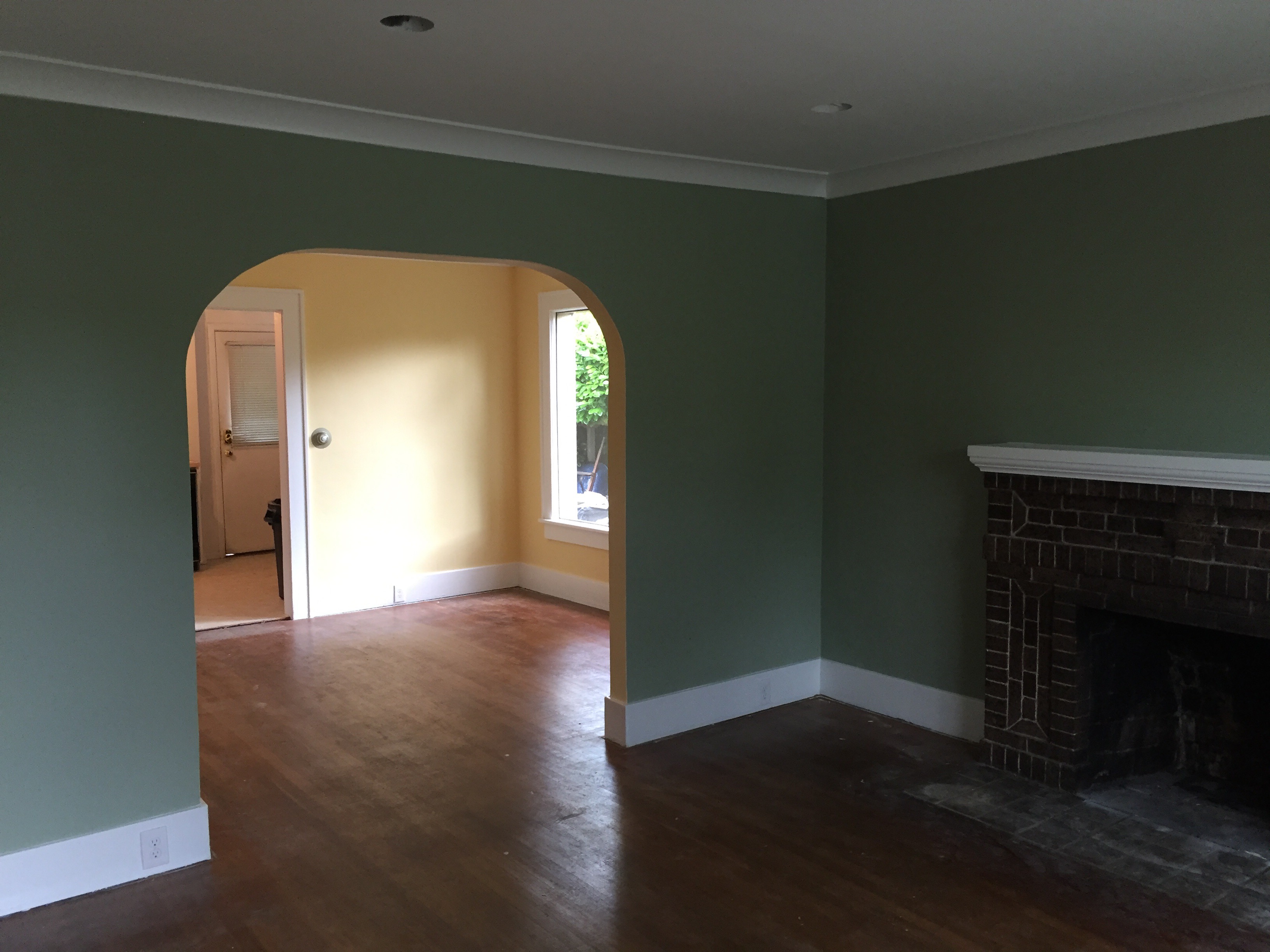 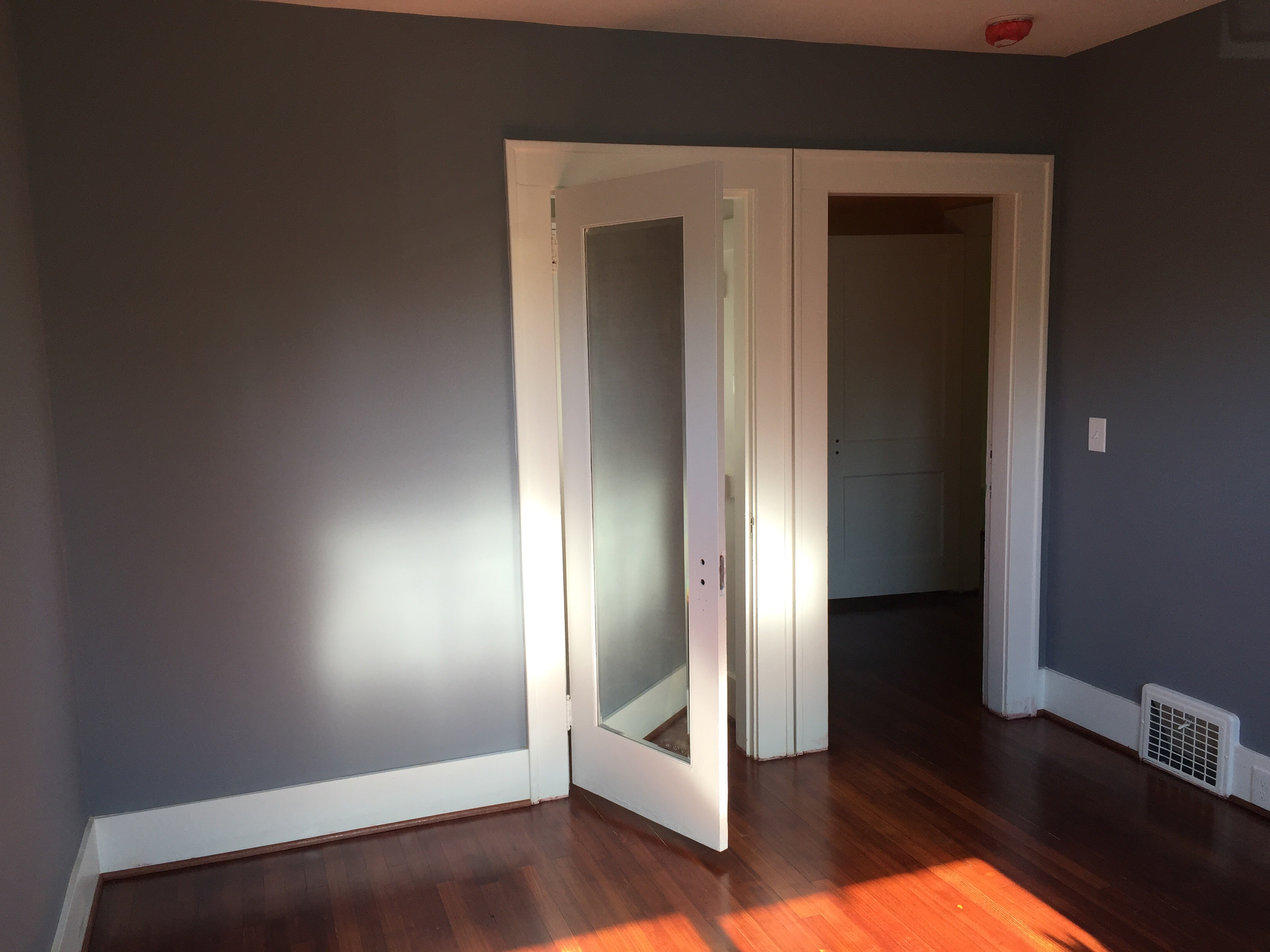 And once the paint was up, they started to refinish the floors. 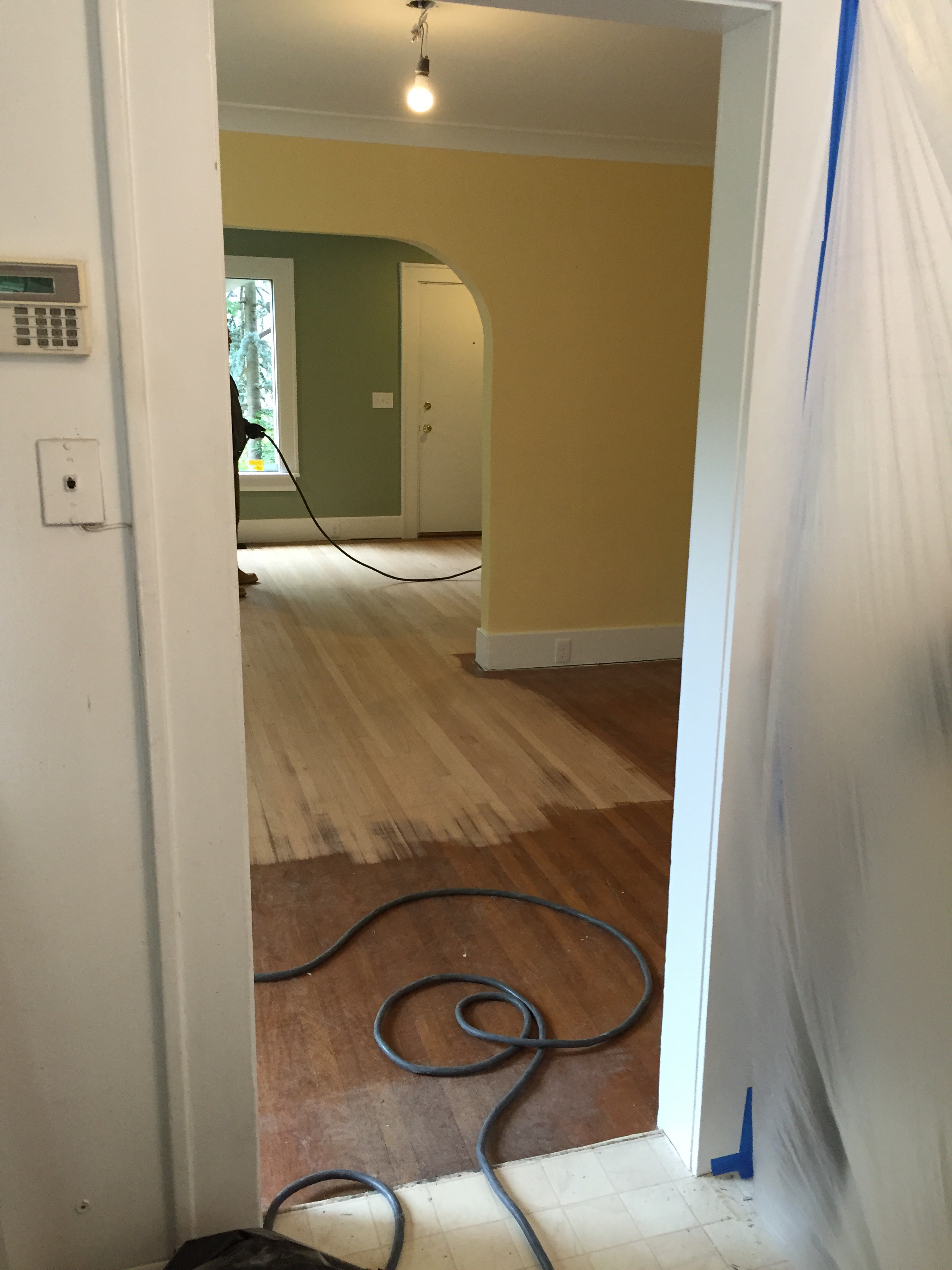 If I’m honest, I find the floors a little redder in color than I wanted (although they absolutely used the stain that we’d chosen), but only by a bit. Overall, they look great. 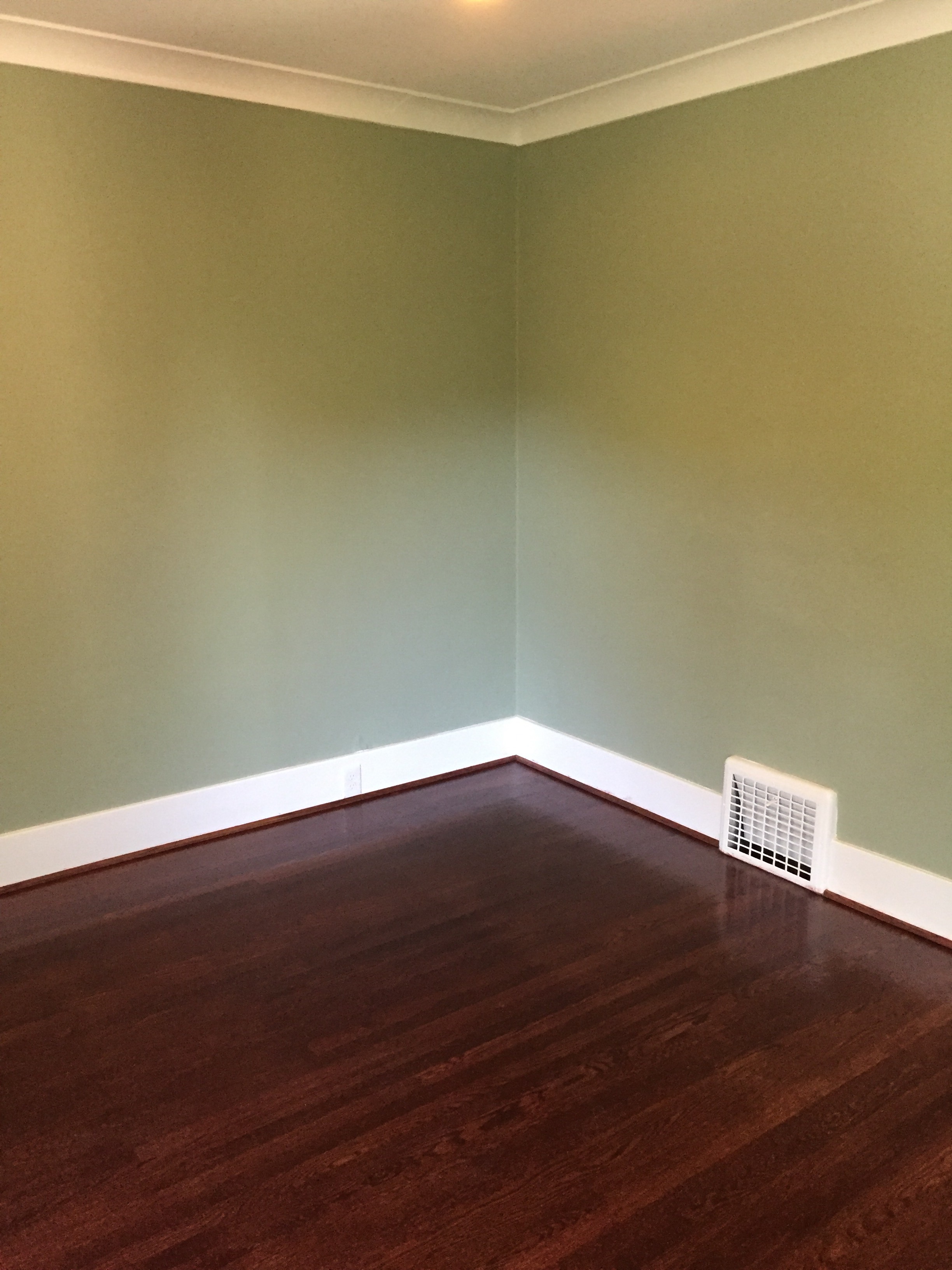 Before we left for Vietnam, we’d also ordered some new windows for the basement. The old ones were aluminum, single pane windows, and especially on the south side of the house, the wood trim had all but rotted away. 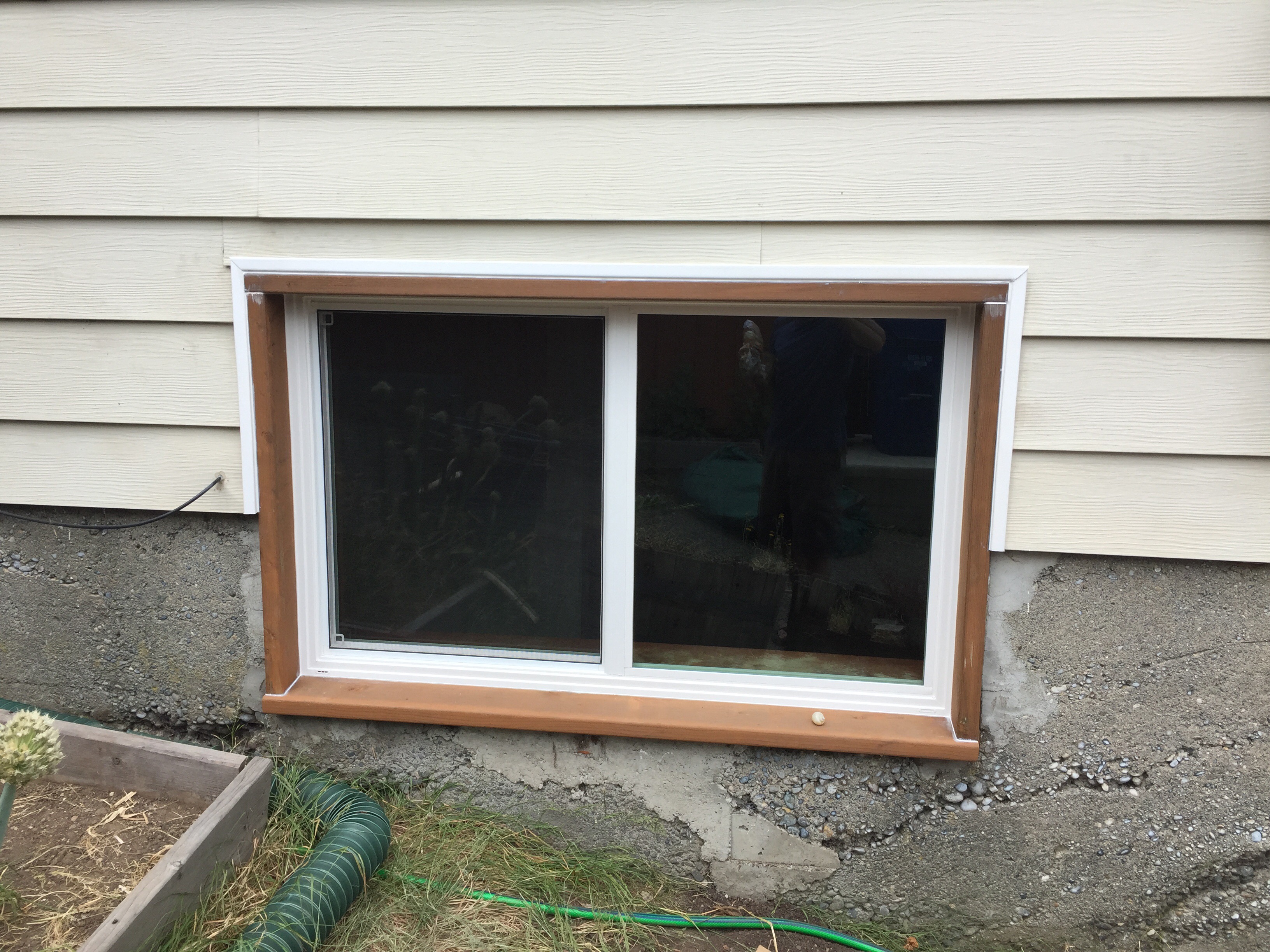 We’re quite happy with the new vinyl windows, and the new trim will keep water away from the foundation for at least another 10-15 years. 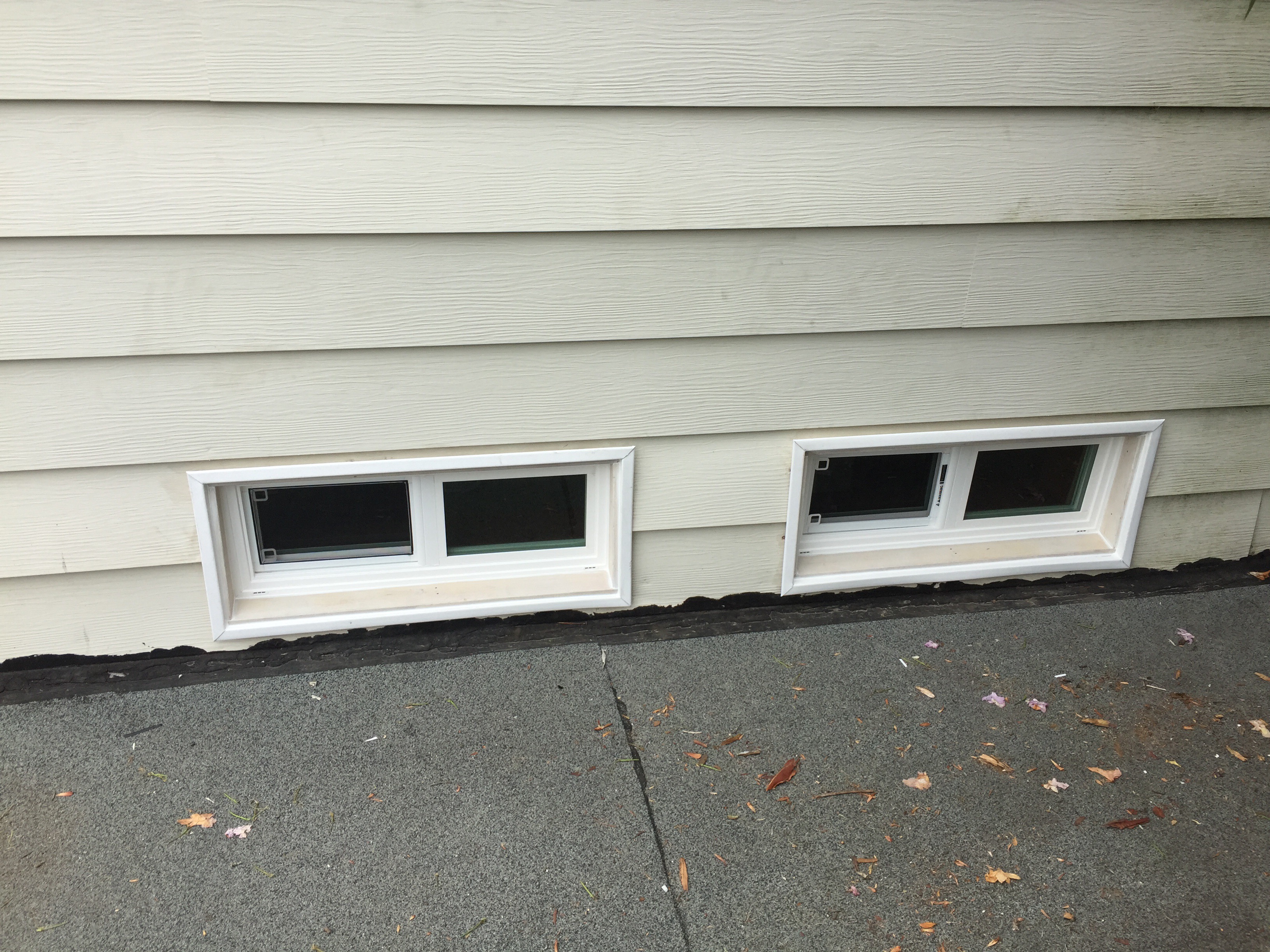 We didn’t do much with the bathrooms, although they absolutely need some attention. Our two efforts to make them a bit more livable until we can remodel were to add a curved shower curtain bar (which makes the shower/tub feel a bit bigger) and a cheap wall cabinet to add some storage. 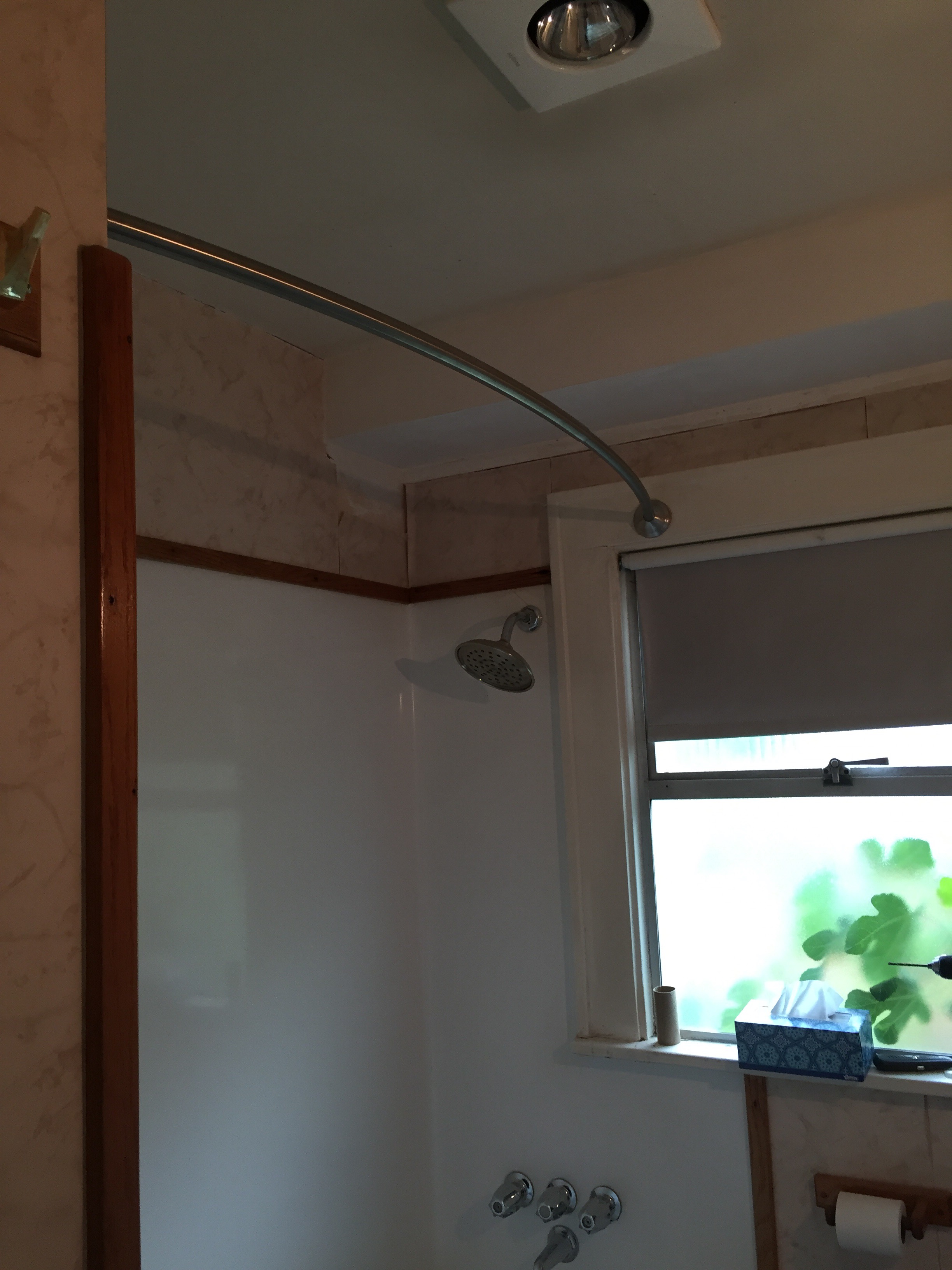 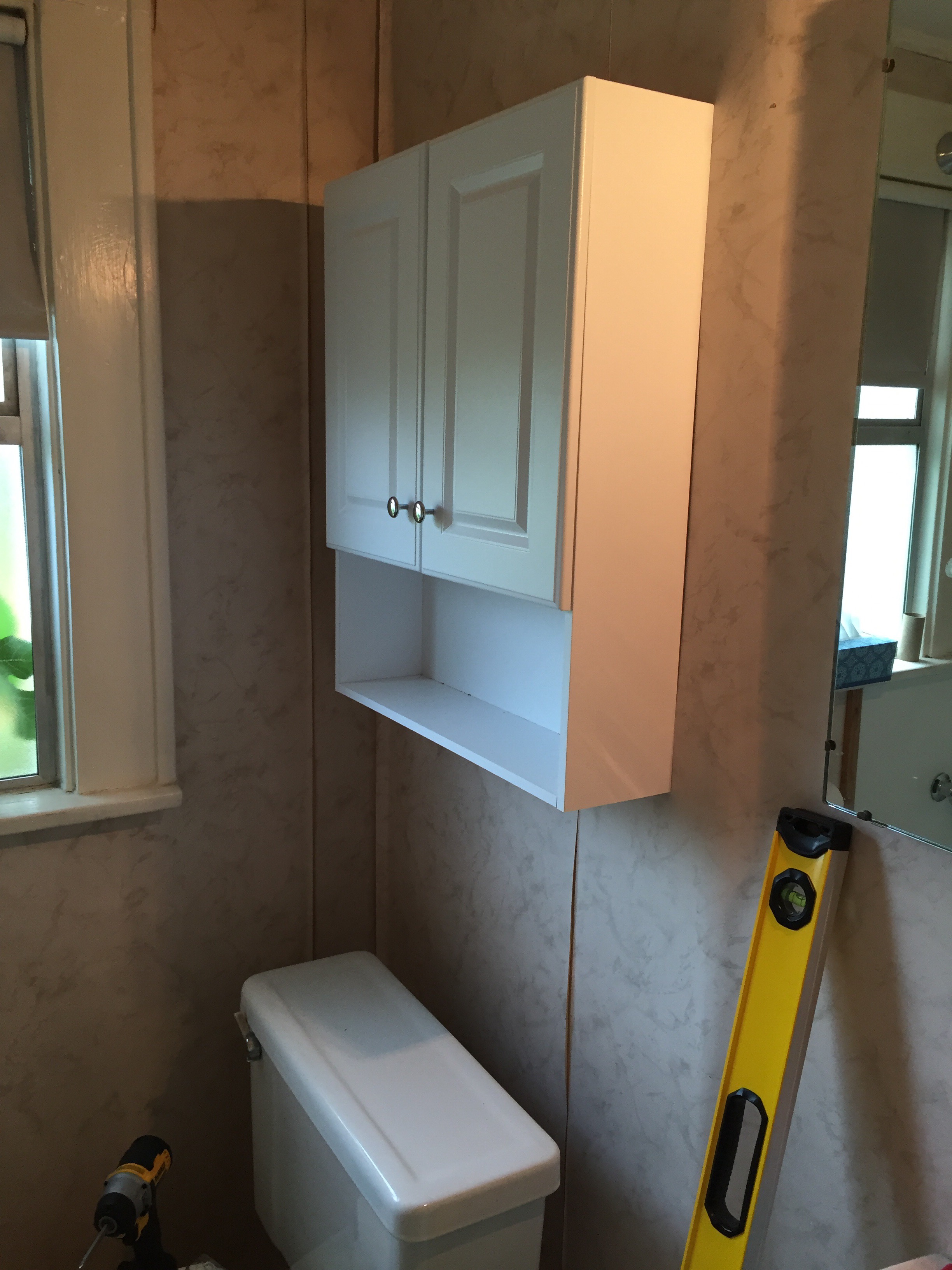 Other than some cleaning, that’s about where things stood when the movers brought everything over last Friday.